FIRST LIEUTENANT MYROM DUSHKIN, 01284682, Infantry, Tank Company, 65th Infantry, 3d Infantry Division, United States Army. On 19 April 1951, near Yum-hyon, Korea, Lieutenant DUSHKIN was on a tank retrieving mission with his company. After they had reached the area of the disabled vehicles and had been working for some time, the retrieving party and the forward half of the armored column were attacked by the enemy with severe small arms and mortar fire. Immediately maneuvering his tanks into position to bring fire upon the foe in his sector, Lieutenant DUSHKIN, heedless of his own safety, stood exposed in the turret of his tank and fearlessly designated targets with his heavy machine gun. When his tank ran out of machine gun ammunition and the radio failed, he boldly dismounted from the vehicle and going from tank to tank directed their fire from outside by means of the telephone mounted on the rear. Then, resupplying his own tank with ammunition from a second vehicle he continued to guide the fire against the enemy until their positions were neutralized. The bold and gallant achievements of Lieutenant DUSHKIN reflect the highest credit upon himself and the military service. Entered the military service from the State of California. 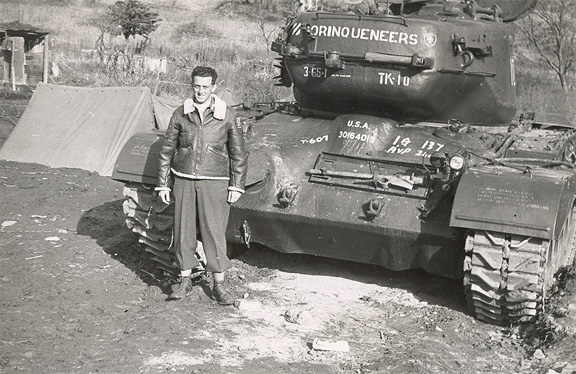 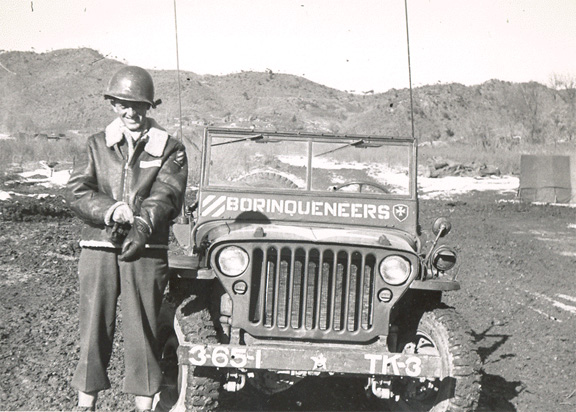