AWARD OF THE BRONZE STAR MEDAL. - By direction of the President, under the provisions of Executive Order 9419, 4 February 1944 (Sec II, WD Bul 3, 1944), and pursuant to authority in AR 600-45, the Bronze Star Medal with Letter "V" device for heroic achievement in connection with military operations against an enemy of the United States is awarded to the following-named officer:

CAPTAIN (then FIRST LIEUTENANT) EMILIO RAMIREZ KOHL, 01924040, Medical Corps, Medical Company, 65th Infantry, 3d Infantry Division, United States Army. On the morning of 18 September 1951, the 1st Battalion, 65th Infantry, was engaged in a vicious attack against a well-fortified enemy near Noltari, Korea. Captain RAMIREZ KOHL, Battalion Surgeon, had moved the aid station dangerously close to the front and due to the close proximity of friendly tanks to the aid station, the area was receiving an intense pounding from hostile artillery. Disregarding his personal safety, he calmly ministered to the many wounded men brought to his care and quieted their fears. Despite the fact that he could have moved further to the rear with less danger to himself, Captain RAMIREZ KOHL elected to remain in this advance position, so as to aid the wounded with the least practical delay, until it was made untenable by the proximity and intensity of enemy fire. He skillfully supervised the evacuation of the wounded to a rear position and only after all the wounded had been moved would he leave the hazardous area. His outstanding professional knowledge and untiring devotion to duty were instrumental in saving the lives of many wounded men. Captain RAMIREZ KOHL'S heroism reflects great credit upon himself and the military service. Entered the Federal service from Puerto Rico. 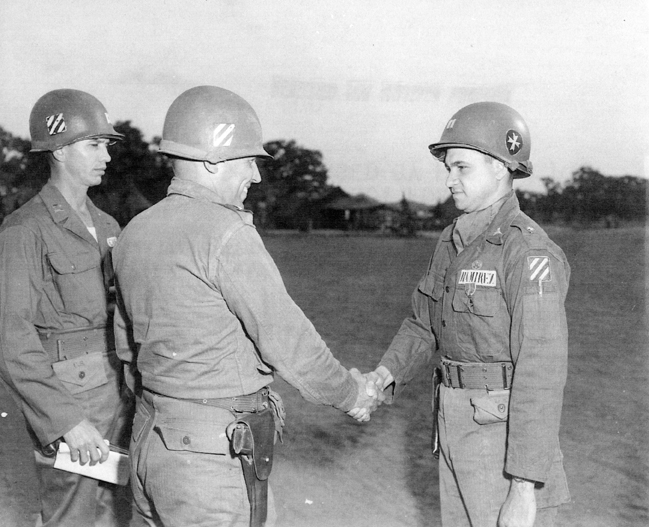