AWARD OF THE BRONZE STAR MEDAL - By direction of the President, under the provisions of Executive Order 9419, 4 February 1944 (Sec II, WD Bul 3, 1944), and pursuant to authority in AR 600-45, the Bronze Star Medal with Letter "V" device for heroic achievement in connection with military operations against an enemy of the United States is awarded to the following named officer and enlisted man:

SERGEANT ANTONIO OTERO, RA20020589, Company "B", 65th Infantry, 3d Infantry Division, United States Army. On 20 March 1951, in the vicinity of Nokchon, Korea, a platoon from Company "B", which was on combat patrol, came under intense enemy small arms, automatic weapons, and mortar fire as it approached Hill 114. Immediately two squads built up a base of fire, and Sergeant OTERO bravely led assaults on each knoll of the hill until his squad was within fifteen yards of the enemy positions. There, while in a grenade duel with the enemy, he continually exposed himself to enemy fire, shouting encouragement to his men and defiance at the enemy. Sergeant OTERO'S boldness and complete disregard for his own safety so greatly inspired his squad that it was instrumental in routing the enemy force. The heroic actions of Sergeant OTERO reflect great credit upon himself and the military service. Entered the military service from Puerto Rico. 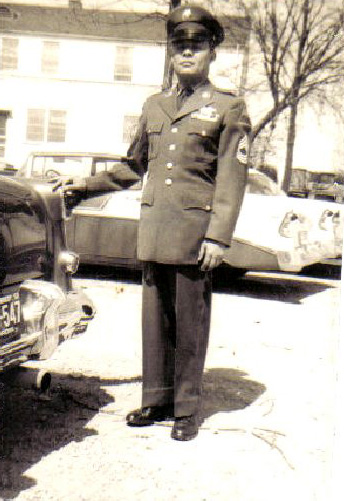